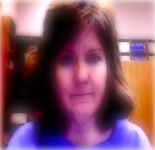 Candi Calkins is currently living in Coconut Creek, Florida, works in "CJC Merchant Services" and is interested in Print Media.
Not the person you're looking for?
Find more results for Candi Calkins

Candi Calkins has not shared any updates

People you may know from Coconut Creek