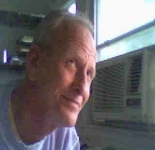 Stephen Schwartz is currently living in Malverne, New York, working as an U.S. Development Manager in "Various Indian Companies" and is interested in Advertising & Media, Internet / IT.
Not the person you're looking for?
Find more results for Stephen Schwartz

Stephen Schwartz has not shared any updates