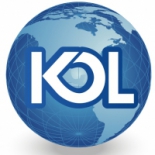 Kirk Luethy is currently living in Ontario, working as a Business Consultant in "KOL Ventures, Inc." and is interested in Work from Home.
Not the person you're looking for?
Find more results for Kirk Luethy

Kirk Luethy has not shared any updates

Other Business Consultants from Ontario