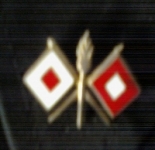 Micheal Domayer is currently living in detroit, Michigan, working as a Director of Communications and Technology in "Countersec International Protection Services" and is interested in Security.
Not the person you're looking for?
Find more results for Micheal Domayer

Micheal Domayer has not shared any updates

Other Director of Communications and Technologys from Michigan