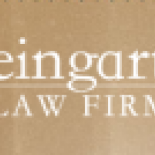 Tempe DUI Lawyer Mark Weingart Also Serves Phoenix & Handles Cases Related To Drunk Driving, Underage Drinking, Driver's License Suspension, Breath & Blood Tests, Field Sobriety Tests, & More! Mark N. Weingart Has Been Practicing Law In Arizona, Specifically Phoenix And Tempe For 35 Years. He Is A Former Assistant County Prosecuting Attorney In The State Of Ohio, Where He Prosecuted In Excess Of 100 D.U.I. Cases Early In His Career. When He Came To Arizona In 1979, He Was Appointed As A City Court Judge In The City Of Tempe, Where He Presided Over D.U.I. Cases. At The Time Mr. Weingart Was The Youngest Appointed City Judge In Arizona. He Worked Full And Part-time In That Capacity As A Judge From 1979 Until 1986. Also For A Six-year Period, He Served As An Assistant Attorney General For The State Of Arizona.

Weingart Law Firm in Tempe is a company that specializes in Legal Services. Our records show it was established in Arizona.

Add Your Business Now for Free!

By claiming this business listing, you will be able to edit and make changes to it.

No, thank you.
Yes