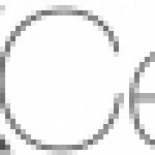 Family Owned And Operated, The Real Estate Development Company RK Centers Manages Commercial Properties In Massachusetts, New Hampshire, Rhode Island, Connecticut, And Florida. Originally Known As RK Associates, RK Centers Was Established By Family Patriarch Raana Katz, Who Arrived In The U.S. From His Native Israel In The 1970s. Known As A Skilled Outside Shooter On Israel’s National Basketball Team, Katz Had Come To The Attention Of Boston Celtics Head Coach Red Auerbach, Who Recommended Katz For The U.S. All-Stars. After A Stint With The Team, Katz Settled In Boston. He Began His Career In Real Estate By Purchasing A Small Apartment Building Using Savings From His Career In Basketball. Over The Next Several Years, As He Honed His Real Estate Skills, Katz Amassed Over 2,000 Units And Transitioned Into Commercial Holdings In 1980. In 1984, A Series Of Retail Acquisitions In Miami Beach Set The Stage For What Was To Become RK Centers, And Positioned Raana Katz As A Key Player In Commercial Real Estate. As A Result, He Was Able To Fulfill A Childhood Dream Of Professional Involvement With NBA Basketball. In 1986, He Became One Of The Original Partners Of The Miami Heat Franchise, One Of The League’s Most Successful And Profitable Operations. Today, With Offices In Dedham, Massachusetts, And Sunny Isles Beach, Florida, RK Centers Continues To Expand And Contribute Significantly To Local Economies. In The Miami Area, The Company Has Acquired And Developed Fourteen Properties To Date. RK Centers Maintains Membership In The International Council Of Shopping Centers (ICSC), The Premier Trade Association For The Industry.

RK Centers in Dedham is a company that specializes in Operators Of Dwellings Other Than Apartment Buildings. Our records show it was established in Massachusetts.

Add Your Business Now for Free!

By claiming this business listing, you will be able to edit and make changes to it.

No, thank you.
Yes